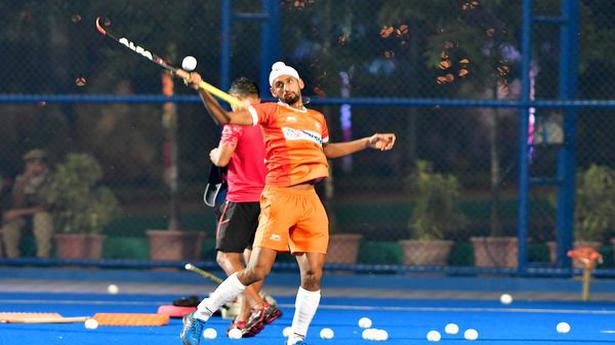 Awarded the the Hockey India Dhanraj Pillay Forward of the Year 2019, Mandeep said, “It is the Olympic year and we as a team have put in a lot of effort to qualify for the Games. We look forward to a winning haul and make our country proud in Tokyo.”

The Hockey India 3rd Annual Awards saw heroes from the past and present feted for their contribution to the game.

“I have never won an award at the Hockey India Annual Awards but always wished to receive one. I have idolised Dhanraj Pillay all my life and it felt truly special to receive the award from him on Sunday.

“Cash incentives are always a big motivation and we are happy that Hockey India administration recognises our effort and organised such a grand event to celebrate the sport in the country.”

Rani was also awarded for winning the World Games Athlete of the Year 2019.

Harmanpreet Singh, who won the Pargat Singh Award for Defender of the Year said, “It is important to acknowledge the efforts put in by the team and we are happy that the Hockey India administration recognises our efforts on such a grand scale.”