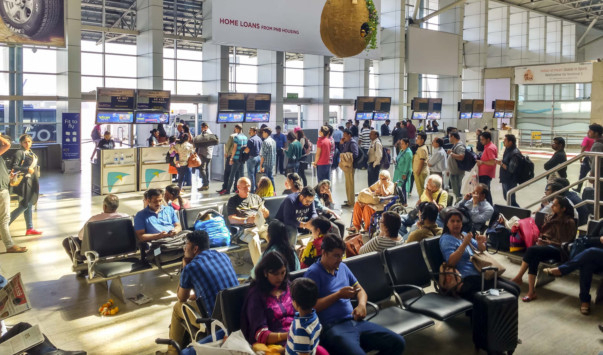 Dubai: Several travel agencies in the UAE and India have opened ticket bookings for charter flights from India to the UAE even as uncertainty and hopes continue on return of thousands of Indian expats stuck back home.

Bookings have been opened for flights operated by UAE airlines from all major cities in India, industry sources told Gulf News.

The travel agencies opened bookings as they were told that there is a possibility of charter services to begin son, said Santhosh Cheriyan, general manager of Akbar Travels of India, Middle East.

“Two carriers have put out a tentative schedule. They have announced some schedules for which they are waiting for clearance. We are giving the schedules but not selling the tickets yet,” he said.

These schedules are not visible on the airline websites. However, if passengers are issued PNR numbers, they can check the schedules of the flights on the websites of the airlines.

When contacted by Gulf News, the airlines did not provide a response.

However, some travel agencies have been advertising about the charter services from India to the UAE and many have accepted payments from passengers.

Some travel agencies based in the UAE have made group bookings under single PNR numbers as well.

As it turns out, airline schedules are “subject to government approvals” as they had mentioned when the travel agencies were allowed to book tickets.

Travel agencies that booked tickets for July 10 and 11 have been told to hold them since those flights have not yet been approved by India.

There are several advertisements about flights from Kerala to UAE from June 10 published on social media by various travel agencies in Kerala.

Sources said agencies that booked flight tickets for these dates might have to cancel them as no flights have been approved till then, as informed by the airlines.

According to travel agencies, if flights are not given approvals, airlines will keep the payments made by them in the respective accounts of the travel agencies as their future credits.

In that scenario, they would not be able to use that money immediately to refund the passengers claiming for a refund without waiting for the next flight.

Cheriyan said if charter passengers are affected due to permission issues, they can be either refunded or given priority when the flights get approvals.

“Since the fares are fixed for charter services, there won’t be any issue of differences in fares if they are flying later also.”

However, Afi Ahmed, owner of Smart Travels, said his company decided not to issue the tickets from July 11 as against the initial plan since uncertainty still continues in the wake of no permission from India and the COVID-19 test requirement by the UAE.

“Though we took PNRs, we have decided to issue the tickets only after getting full clarity from both the governments. We told customers to take their money back as I don’t want the headache of refunding them after issuing tickets.”

The news that passengers from India to the UAE would be required to obtain a COVID-19 negative certificate issued not more than 96 hours before departure, has added to the confusion, travel agencies said.

“The news about COVID-19 negative result has become another dilemma. Earlier, we had heard that people could come and get tested at the airport,” said Cheriyan.

“Here there are places from where you won’t get the test the results fast. We heard there are some hospitals that issue the test results in 24 hours for Rs3,500. We are exploring that option. But it is not available everywhere,” he said.

In the fluid scenario regarding approvals, Ahmed said passengers cannot rely on validity of test results if the flights they booked get cancelled or postponed.

“They will have to make sure they can reach the UAE within 96 hours after getting the certificate,” he said.

Meanwhile, hopes and speculations are rife that special charter flights would be allowed to operate from India to the UAE soon.

Cheriyan said a high-level meeting between Indian and UAE officials on Friday is expected to resolve the standoff related to the return of Indians to the UAE, according to aviation sources.

Ahmed Shajeer, head of chartered division, Hadid International Services, also hoped that the uncertainty is expected to be over in two or three days.

“We are expecting a positive end to the standoff regarding flights from India to the UAE soon. We hope to get some good news within a couple of days. I think humanitarian cases might be considered and the governments might approve some flights,” said Shajeer.

Afi Ahmed said most of the booking requests were made by families separated between the countries seeking an early reunion. “I hope the governments will take immediate measures to support them and also people who are on the verge of losing jobs.”

Meanwhile, Rahul Tulpule, who was behind chartering of some flights from the UAE to India for repatriating stranded Maharashtrians, tweeted, “Formal announcements awaited. I request all to be patient for just [a] little more time.”