Tripura: To increase farmers’ income, maize, mashkolai to be grown on 50,000 hectares of paddy fields 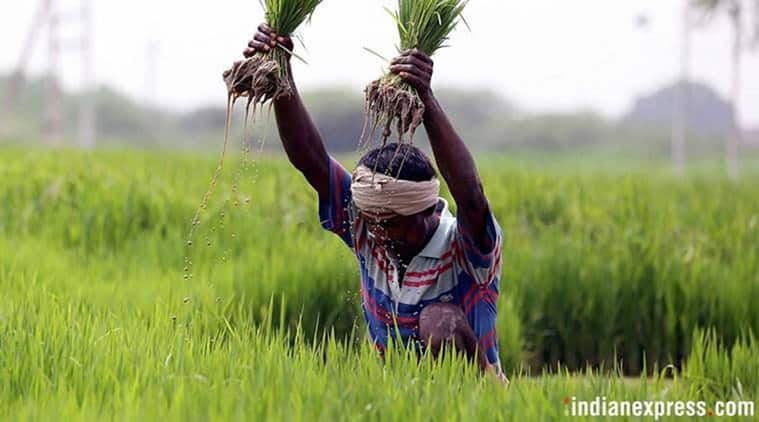 To maximise profit from land engaged in foodgrain cultivation, Tripura Thursday announced it would use 50,000 hectares of paddy fields to grow maize, mashkolai or masam pulse.

The government will ensure there is no deficit in food-grain production due to the change, Tripura agriculture minister Pranajit Singha Roy said.

Speaking to reporters at a press conference at the state secretariat, Pranajit Singha Roy said while farmers earn Rs 20,000 annually from paddy cultivation, they will earn Rs 54,000 from maize crops and Rs 34,000 from mashkolai.

Terming the new scheme an ‘income revolution’, the minister claimed it would prove to be radically beneficial, like the Green Revolution and the White Revolution of the past.

“We are planning to convert 50,000 hectares involved in paddy cultivation to maize and mashkolai cropping in the next three years. This will give farmers higher profits and better returns,” the minister said.

Doubling farmers’ income was one of the major promises of the BJP- Indigenous Peoples Front of Tripura (IPFT) combine before the 2018 Assembly elections.

The minister said his government feels maize and mashkolai hold higher potential than paddy since they require less water and can be cultivated throughout the year.

According to a report of the state agriculture department, 95 per cent farmers in Tripura are from the marginal category and own less than 3 kani or 1.19 acre agricultural land. In 95 per cent of these lands, paddy is the primary crop.

“These new crops are up to three times more profitable than the current crops. They will also provide animal feed, as the entire plant can be used,” Singha Roy said.

The state plans to provide financial assistance of Rs 6,000 for every hectare of land converted. The project is expected to benefit around 60,000 farmers, the government said.

Farmers will also be provided marketing support within the country and abroad.

“Baby corn has huge demand everywhere. Our animal resource department procures maize at Rs 20 from other states. Once we start procuring from our state, the cost will go down and the money will stay in the local market,” the minister said.

According to reports, Tripura has 2.72 lakh hectares of land available for agriculture, out of which 2.55 lakh is currently under cultivation.

Tripura in 2002-03 had set a 10-year target for food self-sufficiency. The target was not achieved at the time of evaluation in 2012-13. Later, the erstwhile Left Front government set a new target of 2020.

The incumbent BJP-led government has stressed the importance of achieving self-sufficiency in food production since it assumed office in March 2018.