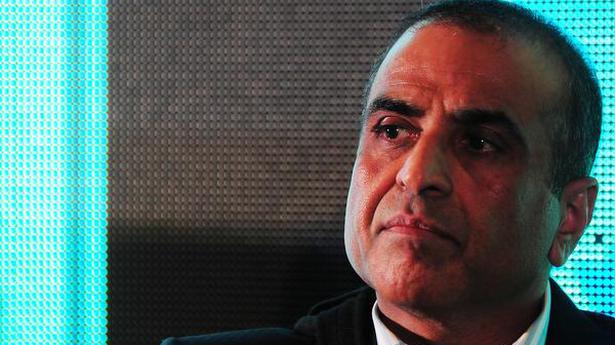 Without disclosing the financial details, the statement said the deal will enable OneWeb to complete the construction of a global satellite constellation that will offer enhanced broadband and other services to mobile and fixed terminals in countries across the world.

“I am delighted that Bharti will be leading the effort to deliver the promise of universal broadband connectivity through OneWeb, with the active support and participation of the British Government,” Sunil Mittal, Chairman of Bharti Enterprises said.

The business has substantial commercial use cases across the telecoms, enterprise, aviation and maritime sectors, he said.

“With strong operational execution, we will be able to generate an attractive return for investors, while ensuring that Britain plays a leading role in space and next generation communications,” Mr. Mittal noted.

OneWeb was formed with a mission to offer high speed and low-latency wireless broadband access to billions of people across the globe, particularly in rural areas through a constellation of satellites in low earth orbit, the company said.

“Bharti was one of the founding members of OneWeb and had a strategic stake in the company,” the statement added.

A rising number of people are buying health policies covering only the novel coronavirus, ignoring other serious ailments COVID-19 has spread to more than 213...
Read more
Industry

The survey was conducted during August-September 2020 and saw participation of over 150 firms across different sectors India Inc’s business sentiment has improved during...
Read more