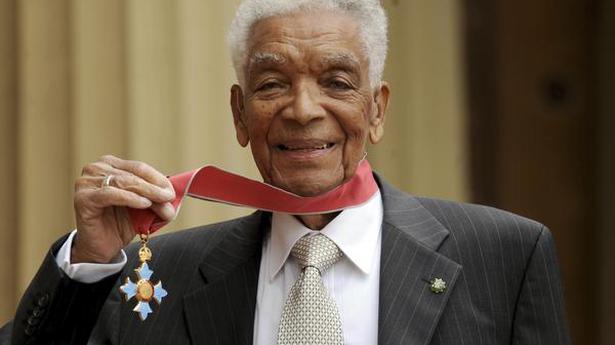 Earl Cameron, who broke down racial barriers by becoming one of British film’s first black stars in the 1950s, has died at the age of 102, his family said Saturday.

The Bermuda-born Cameron appeared in the 1951 hit “Pool of London”, notable for being Britain’s first major film to feature an interracial relationship. He had a minor role in the 1965 James Bond film “Thunderball” and appeared in Sidney Poitier’s 1973 movie “A Warm December”.

While Cameron remained relatively unknown outside Britain, his death prompted a string of tributes from actors and politicians. The Guardian newspaper called him “Britain’s first black film star”.

David Burt, the premier of Bermuda, said the entire Caribbean island nation was “celebrating his long and remarkable life”.

Cameron, who arrived in Britain in 1939 and started out as a stage actor in London’s West End, said in 2017 that he never saw himself as a pioneer. “It was only later, looking back, that it occurred to me what I was,” he recalled.

Cameron’s children said in a statement quoted by The Guardian that “as an actor, he refused to take roles that demeaned or stereotyped the character of people of colour”.

He also featured regularly on British television in the 1960s, including with a role in the popular “Dr Who” series.

Previous articleLunar eclipse 2020: Time, duration and visibility from India
Next articleLin Dan-fan Meiraba wants to be calm under pressure like his idol