WASHINGTON: Both the NRO and the National Geospatial-Intelligence Agency (NGA) are pushing forward with plans to bolster access to commercial GEOINT data — even as the Senate casts a beady eye on their acquisition plans.

Neither agency would speak directly about new language included in the Senate version of the 2021 National Defense Authorization Act (NDAA) that would require them to first consider commercial solutions before developing their own bespoke capabilities. However, in response to questions from Breaking D, officials were eager to reiterate both their respective interest in, and definitive plans for, acquiring commercial imagery and data analytics.

“I cannot comment specifically on pending legislation, but I can provide some additional information on our commercial GEOINT strategy and NGA’s role in commercial acquisition efforts,” Dave Gauthier, director of NGA’s Commercial and Business Operations Group, said in an email.

“Our long-term vision is to curate a robust catalog of commercial suppliers who can deliver critical mission data and analytic services with the speed, precision, and accuracy that NGA requires and our users demand,” he said. “We also plan to conduct a community-wide requirements study for new commercial content and services in FY21 to inform future budget requests.” 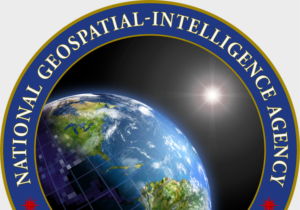 The NGA coordinates all government requirements for GEOINT data, and sets requirements for the National Reconnaissance Office’s satellite imagery acquisition authorities. Until 2017, NGA also was responsible for buying all commercial geospatial intelligence-related imagery and data to augment that provided by the NRO’s highly classified space systems and other data sources from other intelligence agencies. That changed in 2017 with a Trump administration decision to shift authorities between the two agencies. Under that decision, NGA retained authority over acquisition of all non-satellite GEOINT imagery sources and the responsibility to ensure that everything fits together; whereas NRO holds the reins for buying commercial satellite imagery and creating a new military-intelligence satellite imagery architecture.

“We have a close working relationship with NRO. They stood up the Commercial Systems Program Office to address their new role in procuring commercial satellite imagery for the IC,” Gauthier explained. “However, NGA retained its operational responsibilities for gathering and prioritizing all community needs for geospatial intelligence, tasking various sources for collection to meet those needs, and assuring data and product delivery whenever and wherever our customers require it.”

It also has retained responsibility for acquiring software and technologies to enable data analysis, including from commercial satellite firms.

“Many ‘non-pixel’ geospatial data sets and analytic services are still relatively new in the commercial market. Therefore, NGA continues to experiment with and evaluate these emerging categories of geospatial data and services to discover those with high mission utility and an ability to integrate into operational architectures and workflows,” Gauthier writes. “We will continue to use the GSA IT Schedule 70 to procure products and services for evaluation.” (GSA IT Schedule 70 is an Indefinite Delivery/Indefinite Quantity contract vehicle for buying IT products and services.)

As Breaking D readers may recall, Gauthier has been advocating for NGA to embrace a “hybrid” data pool that seamlessly integrates commercial and IC source material.

“NGA expects unclassified space-based geospatial data to become ubiquitous and widely available to add value to many commercial industries, academic institutions, military services, government organizations, and NGOs,” he says in yesterday’s email. “The commercial geospatial market is booming; especially in remote sensing. The opportunity for GEOINT to improve decision-making in near real-time is massive. Increasing our active partnerships across government and industry both domestically and internationally is critical.”

Likewise, an NRO official tells Breaking D in an email that the agency couldn’t comment on the NDAA language, authored by Sen. Ted Cruz who long has been a strong supporter of the US commercial satellite industry. 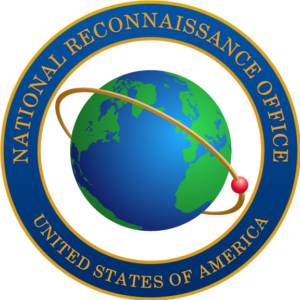 However, the official said, NRO has a dual-pronged strategy for taking advantage of the expanding commercial remote sensing satellite market that involves new contracts and revamped end-user licenses to facilitate data sharing. (As I reported in April, NRO is seeking to open its doors to multiple commercial imagery vendors, after decades of Intelligence Community reliance on a single source, the former Digital Globe satellite constellation now owned by Maxar Technologies.)

Because “no single supplier can satisfy” all USG requirements, NRO’s upcoming commercial contracts “will include multiple suppliers with diverse capabilities,” the official says. The agency will release an RFP later this year focused on electro-optical remote sensing requirements that “include, but are not limited to, the capability to task, collect, process, and deliver electro optical imagery today and into the 2025-era. While the RFP will outline specific requirements, in general, commercial imagery will support foundation GEOINT, intelligence analysis, global discovery and monitoring, and other applications.”

Further, NRO “remains committed to ensuring that our next generation of commercial imagery contracts afford broad levels of shareability and user-friending license conditions that enable greater access to and use of commercial imagery.” That is the reason for the effort to develop “a common family of End User License Agreements (EULAs) and associated processes that will facilitate procurement of commercial imagery using a standardized approach to imagery dissemination and sharing.”

In the past, the CSPO licensing agreements were issued on a case-by-case basis to commercial contractors. Currently, NRO has study contracts with NRO has contracts with electro-optical imagery providers BlackSky Global, HySpecIQ, Maxar Technologies and Planet. It also has issued study contracts to Capella Space, which operates synthetic aperture radar (SAR) satellites, and HawkEye 360, which operates satellites that conduct remote sensing of radio frequency (RF) transmissions.

NRO on June 16 issued a Request for Information how how the new-model EULAs should be crafted to elicit industry advice on how to ensure that the licenses “enable greater access to and use of commercial imagery,” the official said.

“Overall, we envision a proliferated overhead architecture comprised of national and commercial satellites, large and small constellations, EO and other phenomenologies–all of which will result in greater capacity and capability. This hybrid overhead system will be integrated with a scalable cloud-based dissemination architecture capable of supporting multiple suppliers and diverse phenomenologies, across multiple security domains,” the NRO official summed up.

Previous articleThe Guardian view on Britain and China: fasten your seatbelts | Editorial
Next articleBoston Consulting Group to beroped in to attract investments