Home SPORT Athletics Usain Bolt on his ‘Greatness Code’ episode, fatherhood, and the value of...
SPORTAthletics

Usain Bolt on his ‘Greatness Code’ episode, fatherhood, and the value of sports documentaries 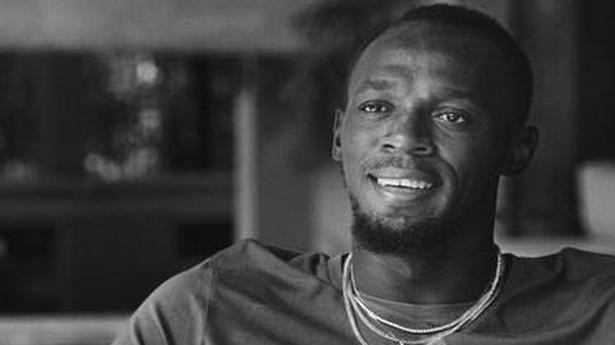 “I miss sports! Since the pandemic, there’s been nothing,” laughs Usain Bolt as he looks out of his window from his home in Sherwood, Jamaica. The eight-time Olympic gold medallist is excited for his personalised episode in Apple TV+’s Greatness Code, which details the emotional and mental intensity of important sporting moments for a given sportsperson.

Greatness Code is a short-form unscripted series directed by Gotham Chopra (of Kobe Bryant’s Muse and Decoding Deepak) which sees sporting legends of the 21st Century talk viewers through moments of their success. But the hook with the series is that each episode is no more than seven minutes long. As well as Bolt, other legends featured include NBA champion Lebron James, Super Bowl American footballer Tom Brady, Olympic gold medal football player Alex Morgan, Olympic gold medal swimmer Katie Ledecky, and champion surfer Kelly Slater.

In an interview over Zoom with MetroPlus, Bolt says the code to his greatness is “wanting it and working for it. It’s all about dedication!”

Visually, Greatness Code is a treat too, with detailed confessionals interspersed with kaleidoscopic visual effects to accompany the discussed memories and values, rather than opting for archival footage, as usually done with sports documentaries. The Usain Bolt episode comprises yellow, green, white and black elements in the VFX — significant to the colours of the Jamaican flag. When Bolt first saw the episode in its completion, he compliments, “It was so well put together, I must say! It was so creative, it just gave me goosebumps just to relive it again and again.”

Bolt also talks about a formulaic skill he is known for; no, not just sprinting as his nickname Lightning Bolt suggests, but rather the ability to slow time down. “I need to know exactly what I need to do to win,” he explains, “because if someone is leading me, I need to tell myself ‘you need to go faster and be more technical’.”

That said, Greatness Code’s aim is to just focus on specific moments. When asked about condensing his experience into a mini film, Bolt responds saying it was not hard to find that one moment, adding with a chuckle, “It’s all about editing. But really, it’s about letting people know the importance of exactly what I was feeling, and how that takes dedication.” He does not consider the short films in Greatness Code to be a compromise. In fact, he says just being a part of the experience is a pleasure. “My aim is to be amongst the greats. It shows that my hard work has paid off and people recognise me as a great.”

Over the years, he has proven his love for other avenues of sports over the years, playing football and even cricket, the latter being a childhood ambition until his father advised him to take up track instead. In 2014, Bolt made headlines when he came to Bengaluru for a seven-a-side exhibition cricket match, during which he belted out a nine-ball 45. He treasures memories like these close. Owing to the COVID-19 pandemic, Bolt says people being more homebound has reminded them why sports is so important. “Documentaries are necessary because they let people understand beyond the surface; they don’t understand the work or what you’ve been through.”

Though Bolt formally retired from sports in 2017, he wants people to still pay track the attention it deserves. “I’ve noticed a lot of people really stepped back from track and field, so I still want people to support the sport, moving forward. People need to remember track and field.” He says track has come a long way since his early days and that when he joined the sport and started doing well, there were no sponsorship opportunities because people were not paying attention to track. When he started winning, that is when the spotlight shifted and other sprinters also felt the value addition he brought to this sporting subculture. He also points out that organisationally, the world of track needs to be made more exciting for fans, too.

One cannot forget Bolt’s charisma on and off the track, be it his childlike sweetness with fans or his trademark victory pose, the ‘To Di World’ or the ‘Lightning Bolt’, which quickly became a household gesture. Personability is a priority to Bolt, as a sportsperson and a human being; he says, “Yeah, people have said [I’m not serious because of that energy] but it’s who I am! I wasn’t going to change and I got a lot of pressure early on in my career, but me being me made me a champion.” He also acknowledges that because training hard and being dedicated at times burned him out, these fun bursts of energy often helped him stay relaxed and sane.

The 33-year-old, who welcomed daughter Olympia Lightning Bolt with partner Kasi Bennett in May, smiles whenever the subject of fatherhood is brought up. “My aim was always to be one of the greats; my focus was to be the best role model I could possibly be. For me, now, being a dad is new but I’m really enjoying it and I’m experiencing my daughter, just watching her grow.” He adds, “I’ll try not to push her into track and field; it’s not for everybody. It’s going to be harder for her now because everyone’s going to be comparing her to me — but if she wants to do it, I’ll support her.”