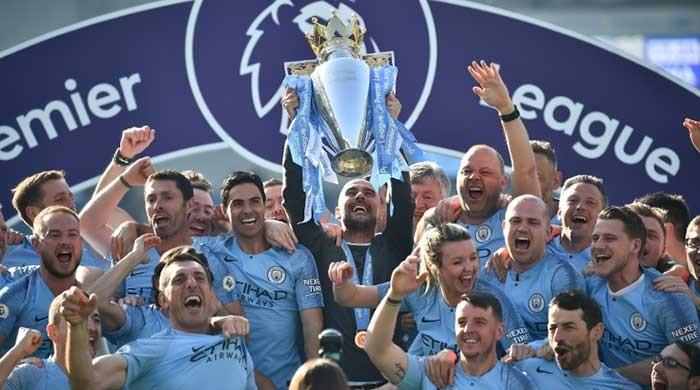 The Court of Arbitration for Sport  will determine today if Manchester  will play in the next season of the UEFA Champions League as the court is expected to delivers its verdict on the club’s appeal against a two-season ban from European competitions.

The stakes could not be higher for the English side, who have always strongly denied any wrongdoing over allegations they deliberately inflated the value of income from sponsors with links to the Abu Dhabi United Group, also owned by City owner Sheikh Mansour, to avoid falling foul of FFP regulations between 2012 and 2016.

In February, UEFA imposed a fine of 30 million euros ($32 million, £25 million) on City as well as suspending them from European competitions for the next two seasons.

“Today we achieved qualification for the Champions League mathematically,” said coach Pep Guardiola on Saturday after a 5-0 rout of Brighton which cemented second-place in the Premier League.

“We deserve to be there because we won it on the pitch. Hopefully on Monday, UEFA can allow us to play as this team and these players deserve to.”

Since Sheikh Mansour’s takeover 12 years ago, City’s fortunes have been transformed from perennially living in the shadow of local rivals Manchester United to winning four Premier League titles in the past eight years among 11 major trophies.

Yet the prize that has eluded them is the one the Abu Dhabi project most desires — the Champions League.

No matter the outcome on Monday, City will have the chance to do so in August as they resume their Champions League campaign with a 2-1 lead over Real Madrid from the first leg of their last 16 tie.

That could be the last chance for some of City’s biggest names to win the Champions League for the club as a two-year ban would have severe consequences for the club’s finances.

Guardiola’s contract runs until the end of the 2020/21 season and the Catalan is unlikely to still be in charge in two years’ time.

Star players such as Kevin De Bruyne and Raheem Sterling are also unlikely to want to waste two of their peak years without Champions League football.

“Two years would be long. One year is something I might be able to cope with,” De Bruyne told Het Laatste Nieuws in June.

It would still take huge fees from rival clubs to tempt City to sell, but they may be forced to downsize to gain re-entry to the Champions League even after any ban is over.

It would be almost impossible for the club to lose that level of revenue for two years and remain FFP-compliant without cutting costs on transfer fees and wages, or selling players.

Even more painfully for City, Manchester United could be one of the major beneficiaries of their exclusion.

City are comfortably second in the Premier League table, but if they are banned, fifth will be good enough to qualify for the Champions League.

United are currently in fifth with Chelsea or Leicester the other sides likely to profit.

Losing such a high-profile case would also cause major embarrassment to the legacy of the City project.

It is no secret that one of the major motivations behind the billions invested is to promote a positive image of Abu Dhabi around the world.

But the stakes are also high for European football’s governing body.

Qatari-owned Paris Saint-Germain have already successfully won an appeal at CAS against UEFA reopening a FFP investigation into the French champions.

The system which limits clubs to not losing more than 30 million euros with exceptions for some costs such as youth development and women’s teams over a three-year period has helped cut debt across European football.

But its detractors point to the fact it maintains the status quo with traditional giants like Barcelona, Real Madrid and Bayern Munich always enjoying bigger budgets thanks to their large global fanbases.

Should UEFA lose another case, questions will be asked over how effectively FFP can ever be enforced at the highest level of the game.

The decision from CAS is expected at 0830GMT Monday.

Previous articleAs Coronavirus Rages in US, New York Guards against Another Rise
Next articleAll passengers to Dubai must hold COVID-19 negative PCR test