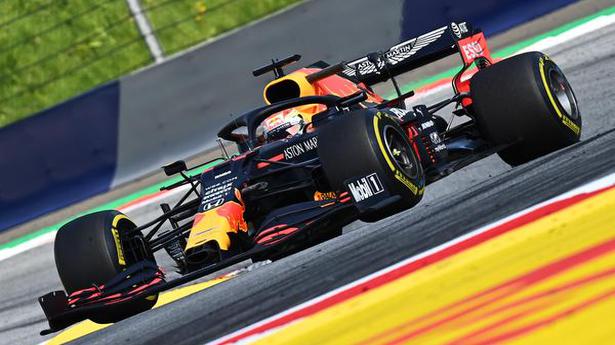 Red Bull’s Max Verstappen went fastest in Styrian Grand Prix practice on Friday while Australian Daniel Ricciardo crashed his Renault after locking up and hitting the tyre wall and six-time Formula One World champion Lewis Hamilton had a difficult afternoon at Mercedes.

Hamilton’s teammate Valtteri Bottas, the championship leader after winning the season-opener at the same Red Bull Ring circuit, was second and a mere 0.043 slower.

Mexican Sergio Perez, who put Racing Point’s ‘Pink Mercedes’ on top in the morning session at Spielberg, ended the day with the third best time.

Hamilton ended the second session sixth, while Ferrari was off the pace in both sessions as it evaluated new parts.

It was another tough day for Ricciardo, who brought out red flags in the afternoon after locking up and hitting the tyre wall at speed backwards at turn nine with only 13 minutes gone.

The Australian seemed to limp after clambering out of the car. Renault said he had gone to the medical centre for a check-up and been declared fit.