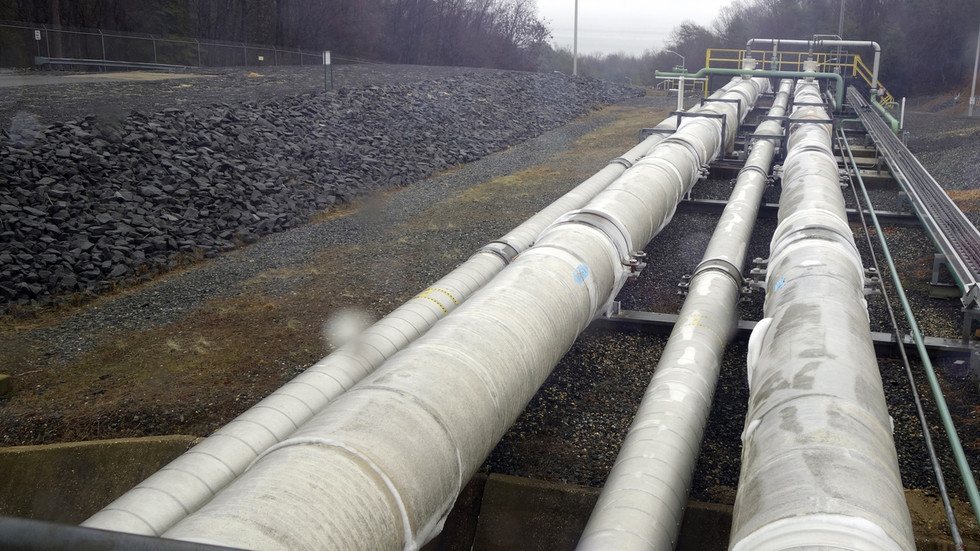 Two energy companies behind the controversial 600-mile Atlantic Coast Pipeline slated to run from West Virginia to North Carolina, said they are scrapping the project after it has been on hold for years due to legal challenges.

In a joint statement on Sunday, Dominion Energy and Duke Energy announced that they pull the plug on the project, which was first announced in 2014 and has faced fierce opposition from landowners and environmental activists, arguing that the 600-mile (970km) pipeline would cause irreparable damage to the land and wildlife.

The developers, who argued that the pipeline is a better option environment-wise, since it was set to replace retiring coal-fired power plants with “environmentally superior, lower cost natural gas-fired generation,” have been embroiled in a long-running legal war with those who did not want to settle for second best.

Also on rt.com
The US has a lot of natural gas that may have to stay in the ground due to never-ending legal battles to get pipelines built


Activists pointed out that the laying of the pipeline would involve mass removal of trees and damage to mountain slopes in its path, potentially increasing risks of landslides.

In addition to that, opponents of the development cast doubt on the notion that there is a sufficient demand for gas the pipeline was set to transport.

The developers said that the last straw that forced them to abandon the project was a recent decision of a district court in Montana “overturning long-standing federal permit authority for waterbody and wetland crossings.” The move was backed by an appellate court’s ruling in late May, “indicating an appeal is not likely to be successful.”

The companies said that they believe the Montana court decision is bound to serve as a precedent, prompting more legal woes for the developers.

This new information and litigation risk, among other continuing execution risks, make the project too uncertain to justify investing more shareholder capital

Constant legal wranglings have almost doubled the cost of the mega-project from the original estimate of $4.5 billion – $5 billion to $8 billion. It was already lagging some three and a half years behind the schedule when it was ultimately cancelled on Sunday.

The announcement of the project’s demise has sparked celebrations among its opponents.


“If anyone still had questions about whether or not the era of fracked gas was over, this should answer them,” Sierra Club Executive Director Michael Brune said.

Today is a historic victory for clean water, the climate, public health, and our communities

Today’s victory against the Atlantic Coast Pipeline is testament to the power of frontline communities. I was proud to stand alongside @RevDrBarber, my daughter @KarennaGore, & courageous leaders in Union Hill, VA in this fight. Here’s our joint statement. https://t.co/HpFilHRxDq

“Today we see a victory for environmental justice,” he said.

Previous articleMorning Digest: Students in limbo as UGC yet to decide on final year exams; COVID-19 drugs under review after trial results, and more
Next article30 kg of gold seized from consulate cargo