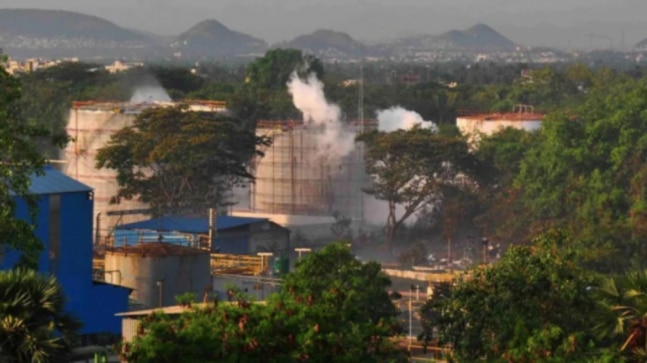 The high-level committee constituted by the Andhra Pradesh government for LG Polymers gas leak has submitted its report, saying that it has found multiple inadequacies at a South Korean company’s plant.

Apart from the high-level committee, an FIR was registered over the incident which killed at least 14 after hazardous styrene gas leaked from LG Polymers plant on the morning of May 7, 2020.

Till date, however, no arrest has been made while the matter has also reached the Supreme Court.

The committee had invited citizens to pose questions over the incident. Over 1200 queries, 180 calls and 250 emails were received by the committee.

Sources privy to report said the high-power committee found that “the accident occurred due to uncontrolled styrene vapour release from the M6 tank, qualifies as a major accident as per the definition under MSIHC rules”.

The committee established that an uncontrolled styrene vapor was released from the N6 tank of LG polymers on May 7.

The report further added, “The temperature in the tank rose substantially. The rise in the temperature caused the styrene liquid to eventually vaporise and increase the pressure; it was a tank with small vents.”

It also found the poor design of the tank, inadequate refrigeration and faulty cooling system, absence of circulation and mixing systems, inadequate measures and parameters and poor safety protocol led to the disaster causing loss of lives.

The committee also found employees were not aware about the chemical properties of styrene, especially during storage conditions.

“While there was a total breakdown of the emergency response, the safety protocol was also not followed by the authorities during the lockdown period” the report said.

The high-power committee also found that the emergency alarm system was not used at the plant after the leak “despite there being a total of 36 activation points, including one at the factory gate. Using the alarm could have alerted the people in the vicinity”.

The committee also observed that the factory had no stocks of inhibitors and negligible stocks of terminators to minimise the impact of the accident.

The report will be made public by the government soon, while it is decided to initiate necessary legal action against those responsible for the disaster under relevant sections.