Week on, NPP back in fold, rejoins BJP govt in Manipur 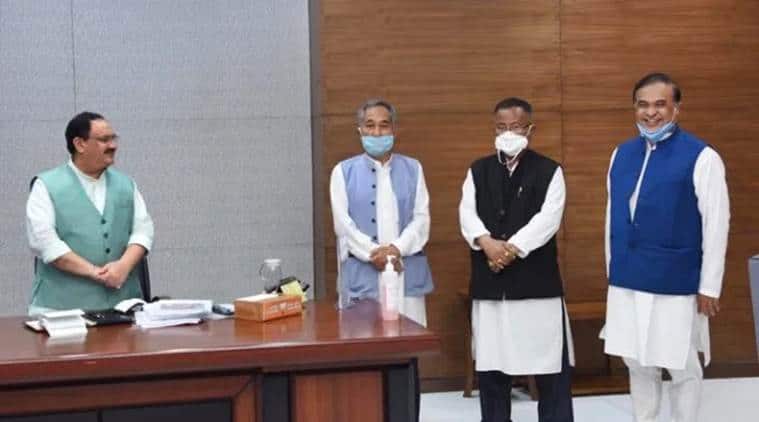 EIGHT DAYS after they withdrew support to the BJP government in Manipur, putting the saffron party’s first government in the Northeast on the verge of collapse, the four legislators of NDA ally National People’s Party (NPP) met Governor Najma Heptullah at the Raj Bhavan in Imphal on Thursday and presented a written declaration on their continued support to the N Biren Singh government.

The legislators had been brought back to the NDA fold after a meeting with Union Home Minister Amit Shah and BJP president J P Nadda on Wednesday.

On Thursday, Sangma said Nadda and Shah had assured the NPP that all grievances would be addressed.

He said, “In our meeting yesterday, we expressed our grievances and concerns that we are having in this political alliance. They understood the problem and assured us that the issues will be addressed and that they will personally look into them. We have decided to withdraw our resignations. The NPP will continue to support this government.”

He said NPP leaders will continue as ministers, although there may be changes in their portfolios.