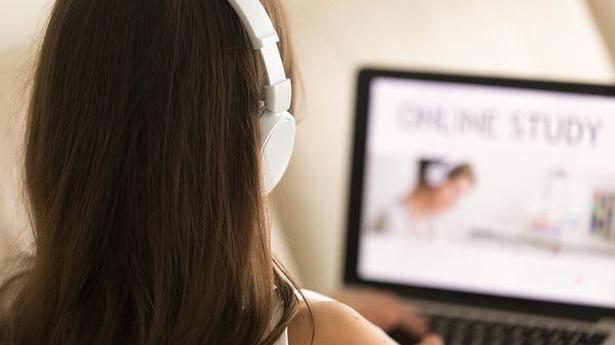 When 16-year-old Hitesh Karndarpa learned that his drama teacher, Shyla Kurma, was planning to direct a virtual play, he was sceptical. “I started doing theatre when I was eight years old, since then I have believed that coordination, props, and costumes were important for the success of a play. How would a virtual play incorporate all this,” he he asked himself. Today, Hitesh has no doubts whatsoever as he is a proud part of the ensemble of the virtual play Wellness Check.

The play was planned, practised, and recorded during the lockdown. It has three actors playing a teacher and her two students. Each of them read their parts and recorded their roles from their home. “The one-act play by Christian Kiley focuses on the mental health of the characters. In the play, a teacher calls up her students to check on them during a pandemic. It was an apt choice as it resonated with the current situation. The lockdown is a major change in everyone’s lifestyle, especially the younger generation who have never seen a disease outbreak of this scale. Being indoors for months has an impact on them and the play explores this,” says Shyla, who has taught drama since 2010 in Visakhapatnam.

Screenshot of the play

Every summer, Shyla conducts a drama workshop for children but this was the first time that she has had to do it online. “I am not a tech-savvy person and don’t spend much time with gadgets. So all of this was an experiment for me. We first started with WhatsApp video calls and then shifted to Zoom calls. During those two weeks, we had a lot of technical issues and connection problems but we managed to sail through them,” she says.

Fixing technical glitches was just one of the many problems the team encountered. “When it comes to virtual play, the movement of the characters are restricted, so we had to work more on dialogues and expressions. Getting the team coordination right was no mean feat. We usually teach actors to feed off each other’s energy but here they were acting from different locations, so it took longer for them to adjust and get into the same zone,” she says.

Another actor in the play, Aarnav Sen spent hours every evening practising voice modulations and expressions in front of a mirror to ace his role. He plays a bully. “It was so much fun, and the drama practice gave me the much-needed break from online academic classes. Though I did enjoy doing the virtual play, given a choice I would still choose live theatre as nothing matches the excitement of performing on a stage,” he says. Aarnav potrays the role of an underachieving student while Hitesh plays the part of a studious pupil.

Twenty-year-old Haindavi Kandarpa played Ms. Friendly, a personal growth teacher, who is going through tough times. “Ms. Friendly calls up her students to check their wellbeing but has an outburst where she ends up talking about all that is bothering her. The message the play conveys is that anyone could be in need of counselling, and how pandemics can affect people differently,” she explains.

Previous articleWhen every order is a seed: How to buy produce in advance and aid farmer rescue projects
Next articleMy favourite game: Britain upset the USA with 4x400m gold at Tokyo ’91 | Stuart Goodwin