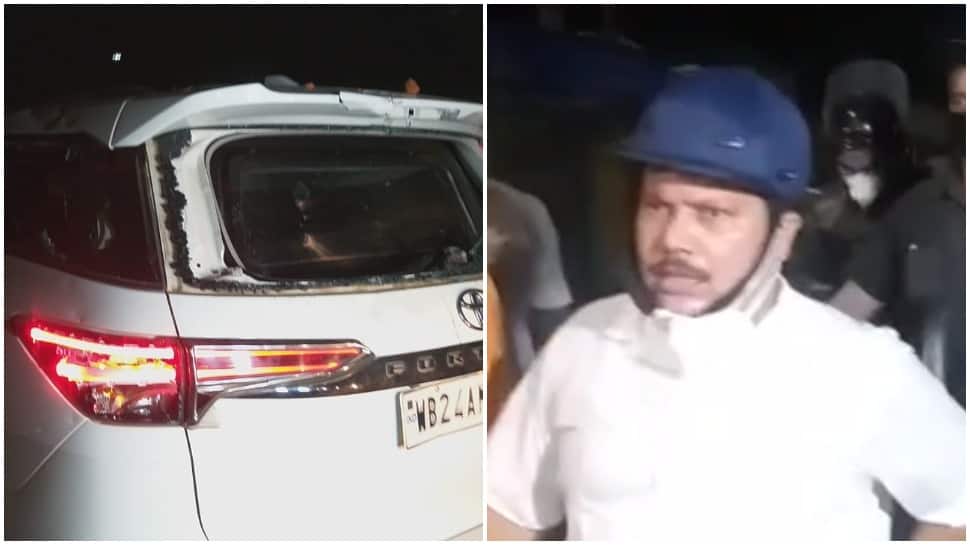 Arjun who is also the vice president of West Bengal BJP was luckily not injured as he was not inside the car.

BJP has alleged that the attack was done by TMC cadres in Halisahar.

Soon after the attack, Arjun Singh took to Twitter and wrote in Hindi that meant, “Tell the place and time, and I will come. Once again there was an attack on my car by using police as a shield. It is laughable that they didn’t even check before attacking, whether someone was inside or not.”

A TMC party office in Halishar was also vandalised within minutes after the attack on the MP.

TMC has alleged that the ones who have set the party office on fire were Arjun Singh’s men and it was a part of their counter-attack.

Minutes later, unknown persons vandalised and torched the TMC party office in Halisahar. While TMC claims that BJP workers were behind the vandalism & torching of the party office, BJP alleges that they have nothing to do with the attack on the TMC party office. pic.twitter.com/sMR1LjPZAA

Ghosh was going to organise a discussion on ‘chai pe charcha’ event and was accompanied by some of his party supporters.

It is alleged that some Trinamool activists reached the spot and tried to cause chaos.

It is also said that TMC workers vandalised several vehicles of BJP workers and broke the glass of their cars.