What next, for the dancer? 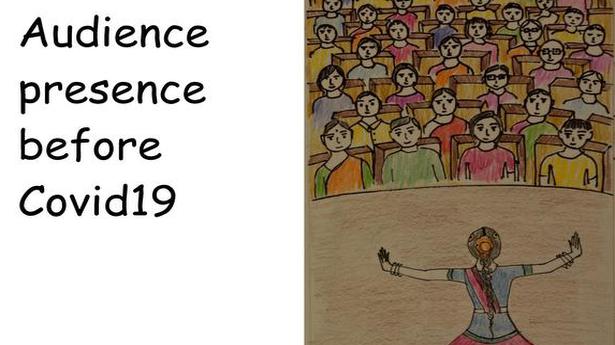 The pandemic has brought up questions and conversations on a gamut of concerns in the dance fraternity, including performance spaces, content, consumption, programming, payment modalities and funding. These are not concerns in the dance world that have emerged now. They have only resurfaced in a ‘new normal’ existence, with a heightened urgency. Amidst these concerns, practice, a seemingly non-urgent aspect of dance, that has always remained so, deserves centre stage. While within the constraints of a lockdown, the ‘creation’ of some new ideas and the ‘dissolution’ of some old dependencies are being addressed by online platforms and alternative courses, ‘sustenance’ of skills as a dancer through meaningful practice, calls for more attention in the current enforced lifestyle.

We tend to use certain words interchangeably with others, to the point that the intended meaning fades off. Practice and rehearsal, for instance. While both are seemingly synonymous, a rehearsal is often focussed on a certain performance or a similar outcome, while the goal of practice ideally is exploration and evolution. Typically, dance practice is associated with a session of sweating it out physically. While a good workout or an equivalent is not an exclusion, it is a limited definition of what practice constitutes. Such an association comes from reasons rooted in the culture and pedagogy of dance. Pedagogically, dance teaching over the years has shifted its emphasis significantly by encouraging ‘watching’ as the primary method of learning. Culturally, it could be traced back to notions of ‘technologies of domination and technologies of the self’ suggested by French historian and philosopher, Michel Foucault. The ‘technologies of domination’ may be defined as the modes of knowledge production and organisation, that determine the conduct of the individuals and limit their choices in such a way as to foster activity and productivity. The pressure to be productive in a certain way, in unprecedented times such as the current lockdown phase, takes away from the transformation potential of practice. 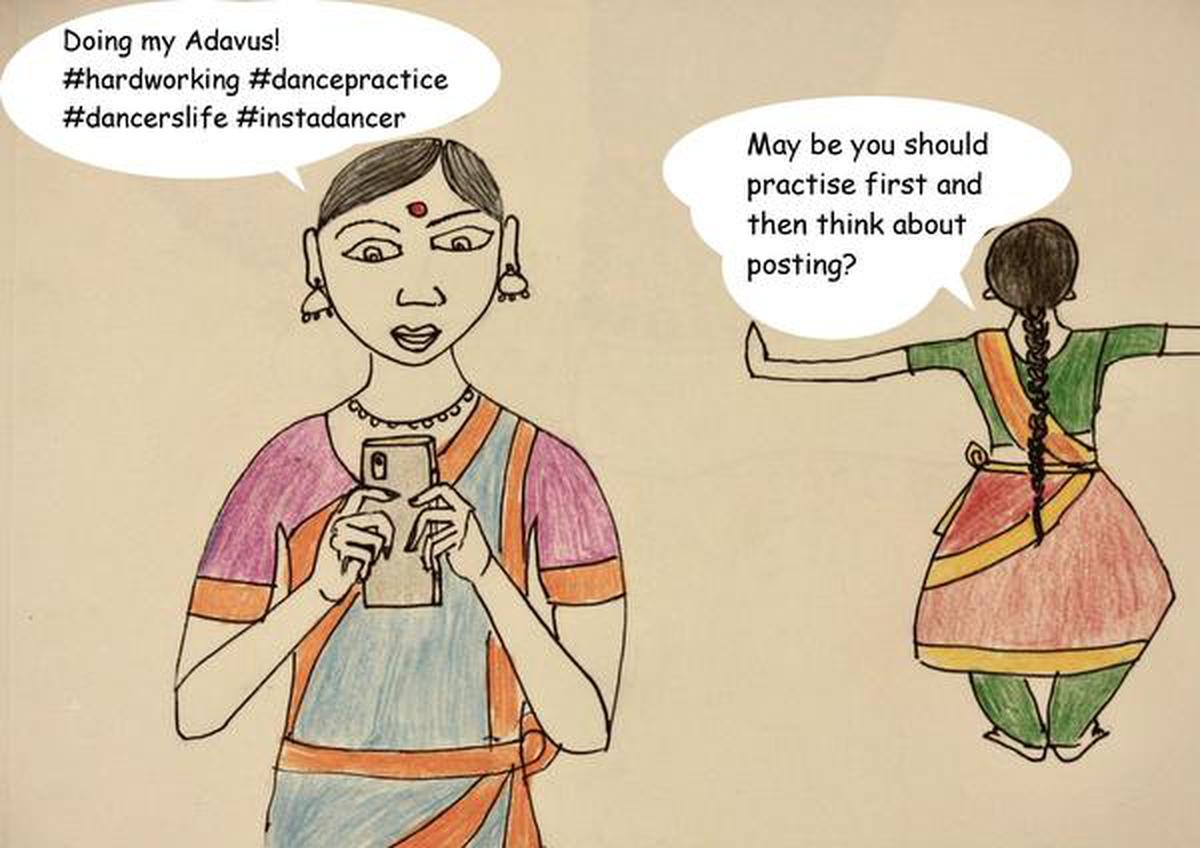 The ‘technologies of the self,’ on the other hand, permit development of autonomous discourses, composed of ideas, attitudes and belief systems in movement, that enable as much as they restrain. The restraint, however, is a conscious choice, considering that the self-construction of these discourses is still a function of the culture and context they are embedded in. A thoughtful physicality within the established aesthetic, allows dancers to be active participants, taking ownership of their learning.

A few conversations with dancers from different streams of invested practice, further reinforce the above discussion. “Practice extends beyond a certain form or style, to practice of a certain capability and flexibility. A capability of using spaces, resources or the perceived lack of them to explore, create and discover, and a flexibility to different possibilities, constitute a creative practice,” says Shabari Rao, dancer, educator and researcher. The lockdown led to cancellation of an artist residency at New York University and at Performatica 2020 in Mexico and allowed her a lot of time at her farm near Magadi. “What I practise and the modality itself has evolved. While mornings are more directed and with intention, I spend time during the day building on some ideas. It is sometimes the same yoga routine or a trek in the mountains and exploring my voice, which is inhibiting to do in my apartment in the city,” she shares. “While I am still figuring out how it feeds into my work, I now don’t see practice as something one is forced to do, rather, it just happens everyday,” she adds. As an intentional state of being, driving away notions of what counts and what does not, from getting in the way of creative ability, she feels now is a great opportunity to practise ‘letting go,’ without the urgency of an outcome.

In an Indian classical context, it is that much more difficult to not succumb to productivity and tangibility in practice. For example, in Bharatanatyam, the triad of Arangetram, trend of item teaching, and strong performance orientation in the learning and career of a dancer, imposes a burden of productivity and takes away the opportunity to invest time and thought into understanding movement from a deeper perspective. The idea of understanding movement physically rather than visually, calls for new bodily experiences that are necessary but insufficient in the development of practices that constitute a technology of the self, enough to resist the technologies of domination. These thoughts were developed further in a conversation with Bharatanatyam exponents Vijna Vasudevan and Renjith Babu, on what is required for a mindful practice and for teaching online in the current scenario.

The role and importance of breath in finding the flow of movement, turned out to be one of the most elaborated aspects of the conversation with Renjith Babu. He vouches for the creation of an awareness of basic movement, as it is achieved in Yoga, Pilates or any similar discipline, as essential for a dancer. It forms a basis for any further articulation or connection to be established in technique.

“It is mindfulness, strength and stability that come even before a mirror and inform a dancer of their appropriate stances,” he explains, after heaving a sigh over the trend of practice itself becoming a performance over the last few months. He further talks about elements of classical dance such as Mudras, Pada Bhedas, Charis, etc., as tools for mindful practice. “A simple Natyarambam with breath regulation, slowly moving to an Alarippu with a metronome, recording one’s own chollu, etc., may constitute a self-regulated practice,” he adds.

Vijna Vasudevan highlights the typical challenges in teaching online, especially in the case of Abhinaya. “The importance of language/articulation and how it impacts the way a movement is perceived, and the understanding of the strengths and weaknesses as dancers, are crucial in teaching through online mediums,” she shares. She also empathetically talks about students, who are not full-time dancers and the importance of devising a plan, holding their hand and allowing them to take ownership of the process. To her, nurturing the mind translates to being able to let students see themselves, their existence with an individual balance of reality. At times, dance is also a way of momentarily breaking away from what is going on around us, she feels.

Each approach to building a solid practice is individual and it might be considered as a salad, with a recipe nevertheless. An equal emphasis in honing the body as well as the mind in dance, leads towards a cohesive whole of a dancer. At a time when “normalcy” in dance seems a far-off vision, the opportunity of unlearning of habitual ways as a dancer, might be a more critical outcome than learning itself.

The author is a dancer/teacher from the Temple of Fine Arts, pursuing her research studies at Royal Academy of Dance, London.

Illustrations are by Veena Basavarajaiah, a movement artist, who addresses issues of the art world through her insta profile cartoon_natyam.