When Indians made a beeline for Wimbledon, courtesy Ramanathan Krishnan 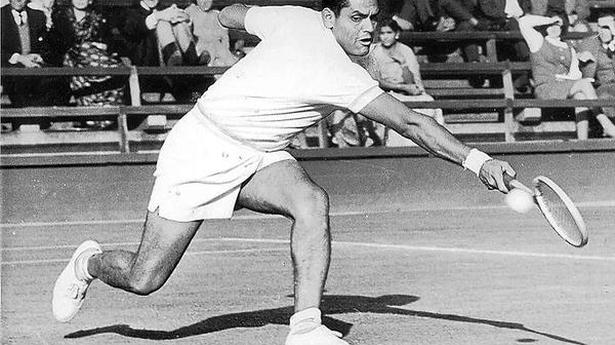 Like most people his age, Ramanathan Krishnan, 83, isn’t venturing out, even casually, due to COVID-19.

“Just like anybody else in the world, I am sitting at home, watching television and movies. Due to my age, I can’t afford to go out. I hope things get better soon as everybody is getting fed up,” he told The Hindu.

When it comes to recalling events, Krishnan truly belies his age. The moment you tell him that it has been 60 years since he reached the Wimbledon singles semifinals in 1960, words flow like a beautiful river. No other Indian, before or since, has reached the last four in singles at a Major.

“It is 60 years ago [but] my memories are fresh. I remember everything. In those days, Wimbledon used to give seedings only to the top eight in a draw of 128 and I was seeded seventh for the first time.

“That way, I didn’t have to meet a seeded player till the quarterfinals. That was a big advantage,” said the Padma Bhushan awardee.

Krishnan said the first two rounds at Wimbledon were tough and that helped him get to peak form.

He further said that he hadn’t practised well prior to the tournament as he was suffering from chickenpox and was forced to miss nearly two months of action in April and May.

“Due to chickenpox, I was quarantined for three weeks. I went to England without playing much tennis. Actually, I practised only for 2-3 days before Queen’s Club [Championships].

“My first two matches [at Wimbledon] against [Australia’s] John Hillebrand and [Spain’s] Andes Gimeno went to five sets. I just scraped through. But that gave me confidence,” said Krishnan.

The maestro proudly said that he got more Indians to come to Wimbledon.

“I remember more Indians started coming to Wimbledon courts when I was winning match after match. I saw a lot of Indian faces, Indians living in England.

“The Indian crowd went up in numbers. I got all the Indians to Wimbledon,” he said.