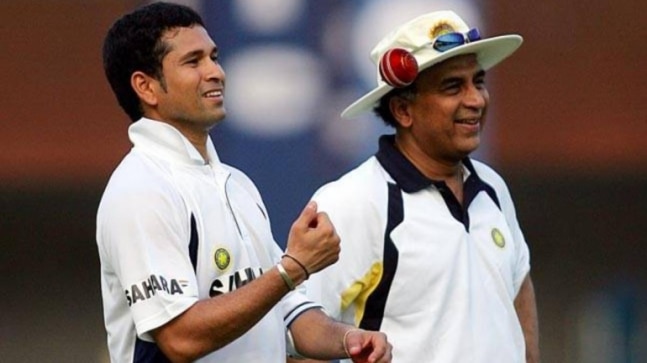 India legend Sachin Tendulkar recalled his first meeting with his idol Sunil Gavaskar as he wished former India captain on his 71st birthday.

Sachin Tendulkar has taken away some of Sunil Gavaskar’s prized possessions, like most runs and most centuries in Test cricket. Yet Gavaskar has nothing but undiluted admiration and affection for Tendulkar — even before the genius became an international star.

Wishes have been pouring in for Sunil Gavaskar, who turned 71 on Friday. Gavaskar, also known as the Little Master, was an elegant batsman. The ease and beauty with which is he graced a cricket ground was what made him a role model for generations to come.

“I got to meet my idol Gavaskar Sir for the first time in 1987. As a 13-year-old, I couldn’t believe my luck that I was meeting the person I looked up to & wanted to emulate. What a day that was. Smiling face with heart-shaped eyes. Wishing you a very happy 71st birthday Sir. Have a healthy & safe year ahead,” Tendulkar captioned the post along with a picture of him and Gavaskar.

I got to meet my idol Gavaskar Sir for the first time in 1987.

As a 13 year old, I couldn’t believe my luck that I was meeting the person I looked up to & wanted to emulate. What a day that was.

Wishing you a very happy 71st birthday Sir. Have a healthy & safe year ahead. pic.twitter.com/u06c37ouDh

Tendulkar recalled his first meeting with his idol Sunil Gavaskar as he wished former India captain a healthy and safe year ahead on his 71st birthday.

The right-hander held a number of records in his glittering career. He was the first batsman in Test cricket to breach the 10000-run mark barrier and was the first batsman to score hundreds in both innings of a Test match thrice. He was also the first Indian cricketer to aggregate a total of more than 700 runs in a series when he smashed 774 runs at an average of 154.80 in 1971 against West Indies. It was also the most runs in a debut series by a batsman.

The opening batsman was also a part of the Indian squad that lifted the 1983 World Cup under the captaincy of Kapil Dev.