Your lockdown playlist, put together by The F16s’ Abhinav Krishnaswamy 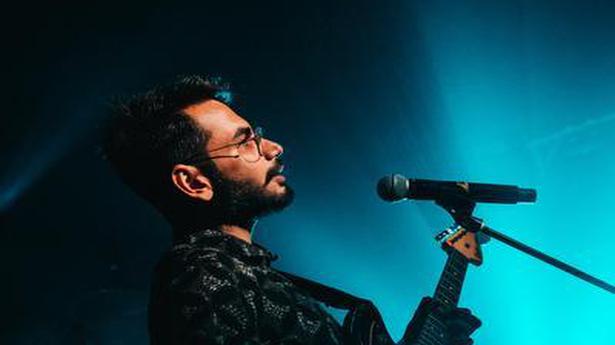 ‘No More Cake’ by CHAI

The bubbly Japanese quartet, known for its raucous live shows, dives deeper into what has become a signature sound: one that mixes playful sparkly melodies with grimy punk fury.

The New Delhi-based producer has been responsible for putting out some stellar work. ‘Din Raat’, the certifiable banger from his latest release Jaago, has dreamy synths swimming over pulsating bass and percussion, turning anyone into a believer.

‘So Hot You’re Hurting My Feelings’ by Caroline Polachek

In all the songs about distance between lovers, specifically during these times, Caroline Polachek’s delivery gives this tune from her latest album Pang an added weight of yearning.

The genre-hopping artist throws up a tune that is catchy and morose, critiquing office culture and the 9-to-5, something that seems especially far away from us now.

‘You and I’ by Caribou

This track from the producer’s latest release is a breezy, driving piece of electronica that soothes as much as engages.

The Adults Are Talking by The Strokes

The long-awaited release from the celebrated New York quintet did not disappoint. The band retain their tell-tale aesthetic, The opening track is a familiar blend of catchy guitar lines, melodic call-and-response, and Julian Casablancas’ classic vocal delivery. The Strokes are well and truly back!

‘Can’t Cool Me Down’ by Car Seat Headrest

Will Toledo laces his brand of indie urgency with synths from the 1980s in his latest release.

‘House of Yesterday’ by Ariel Pink

One of the pioneers of hypnagogic pop, Ariel delivers yet another lo-fi gem, transporting listeners to an era they never belonged to.

‘Kiss My Super Bowl Ring’ by The Garden

The duo build more on their fresh punk and noise leanings, pairing frenetic DnB rhythms with atonal guitar melodies for a song that’s akin to a high-speed chase.

‘A Little God In My Hands’ by Swans

Iconic noise rockers Swans are known for their absurd meditations on the macabre. What better introduction than this , a grotesque march of marinations on morality, mortality and the comedic nature of the divine?

Borrowing from Afrobeat acts to furnish a wholly original political anthem, Parquet Courts are at their angriest, most jaded, grooviest. Frontman Andrew Savage spits pure venom as he proves verse after verse that violence is daily life.

David Longstreth has been busy over the years. While consistently putting out music as Dirty Projectors, the songwriter has collaborated with artistes like Solange, Kanye West and Paul McCartney. Continuing his wizardry at writing melodies for the female voice, ‘Overlord’ is a soothing ditty about moving forward.

Dhruv Bhola adds another feather in his cap, releasing more solo material alongside his work with acts like Prateek Kuhad and Run, It’s the Kid. ‘Pretend Friends’ is an ode to friendship, rather the skin we shed and repurpose in the hopes of connecting with someone new.

‘Death with Dignity’ by Sufjan Stevens

Some classic sombre musings by acoustic indie’s reluctant messiah. You may want to call your mother after this.

Nobody by Mac Demarco

Everyone’s favourite slacker waxes on the trappings of fame, an artist’s resignation to his fate. Dehumanised by numbers and figures.

Things are pretty weird by now for everyone. Kurt Vile’s acoustic stomp about occasionally being unable to recognise who you are mirrors the days passing by, meshing into each other, all previous notions of daily living rendered false.

We would love to know how you are keeping busy at home. Tell us what you are listening to at [email protected]

Previous article‘It looked like something I had already eaten!’ The 15 worst reader bakes of lockdown
Next articleDevil still in the detail for China and India’s withdrawal agreement