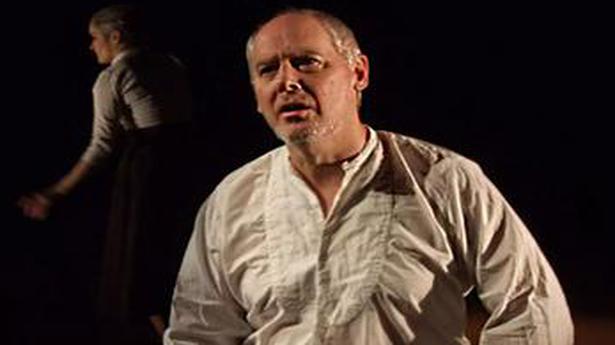 When someone passes-on, they don’t only leave you bereaved but also burdened to find a way to remember and contain them in your thoughts. This is my attempt to hold on to my dear friend and teacher Phillip Zarrilli — 1947-2020.

There are very few people who can traverse two worlds with the love, care, and respect that Phillip did. And I don’t say this out of fondness for the man but out of awe at the delicacy with which he inhabited the two realms: Western/Eastern, modern/traditional, somatic/cerebral. And he did that with effortless ease, with a matter-of-factness that would exemplify his work, training, teaching, and attitude to life and death.

Phillip first came to India to train in Kathakali in 1976, after being influenced by the work of theatre-innovators/anthropologists like Jerzy Grotowski and Eugenio Barba, who were turning Eastward in the search of somatic methods to build wholeness, presence and energy in the performer. But in doing so, they were perhaps also risking rendering Eastern performance traditions as precious, as is evident in Barba’s view of Kathakali, which he calls, “a distant glittering star helping me find my way to some other galaxy.”

Phillip’s stated intention at the very start of his training at Kerala Kalamandalam was not to become a Kathakali performer but to understand its pre-performative training methods that could be used in the training of modern-day actors. His rigorous training in the dance-theatre form soon led him to kalaripayattu, the martial art that served as preliminary training to the dance-theatre form, which had made a strong impression on Grotowski, and in which Phillip would see the promise of the pre-performative method that he was seeking, unfold. Over the next two decades, he made repeated trips to Kerala to devote himself to training in kalaripayattu under the expert guidance of Govindankutty Nair at the CVN Kalari, Thiruvananthapuram; not only to learn and use it for actor-training but to internalise it and become a master-practitioner.

Deeply entrenched in the form, he continued to remain an enquiring observer-participant. I think one of the most perceptive insights that Phillip offers to theatre-anthropology is that these cultural forms are not only rich repositories of culture but also commonplace within the local culture. By doing so, he deflates the insider/outsider, subject/object divide virtually in one stroke.

One can say that by positioning himself so delicately and may I add, casually, between this inside and the outside, Phillip brought self-consciousness not only into the form (as is evident from his highly reflective writing on Kathakali, Kalaripayattu, and actor-training) but also to the field of intercultural theatre, forcing an appraisal of the Western intellectual traditions of representation, especially, of the Asian Other.

Phillip stands both tall and clean in his deeply immersive yet unfussy and un-embellishing engagement with the Indian forms. If he critiques the Western perspective, he is equally critically-alert of and does not buy into the many socio-cultural and political narratives which seem to have become part and parcel of pedagogy of Indian embodied practices (and I say that from first-hand experience as a student and practitioner of Bharatanatyam).

The psychophysical training method that he devised and taught involved three mandatory practices — yoga, kalaripayattu and tai-qi-quan. If I can recall two things that stood out for me in Phillip’s actor-training, it was breath and listening. As he led the training, you could actually see him positioned in that station of listening within the breathing-moment of the here-and-now.

I would say that both he, and his work, embodied silence — the silence of attentive and respectful listening. His theatre was indeed a spectacle in listening: slow, absorbed, mindful, attuned, and gripping!

With Phillip’s passing, the world of international theatre has lost a teacher, theorist, and director who was able to successfully garner and foster the pre-performative impulse; someone who reinstated process into performance-making as opposed to concepts, words, and semiology.

Apart from a rich corpus of books, A Phenomenology of Acting; When the Body Becomes all Eyes; Kathakali Dance Drama: Where Gods and Demons Come to Play, to name a few, he leaves behind a legacy of a finely delineated psychophysical training that has resulted from a deeply-felt and sensorially-experienced theory alongside a finely analysed, observed and attuned practice for performers of all colours.

He will be remembered as a gentle warrior-weaver, who quietly but firmly battled ethnocentric stereotypes and interwove performance cultures from across the globe making them our own.

On April 28, 2020, Phillip Zarrilli passed away peacefully, “riding on his breath”, as described by his wife and partner Kaite (Caitlin) O’Reilly. A portion of his ashes will be immersed in the Karamana river that flows proximate to the CVN Kalari, through Thiruvananthapuram.

Previous articleSuper-cyclone Amphan kills up to 20 in India and Bangladesh
Next articleKumudini Lakhia: The lovable diva of choreography