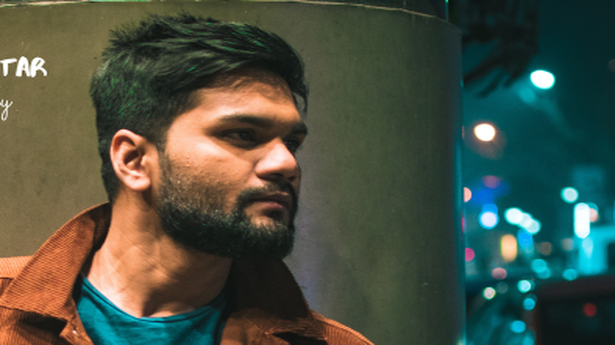 Zeeshan Akhtar had not planned to release his new single Live For a Day amid a crisis, but the song couldn’t have come at a better time. An unrelenting struggle with the pandemic has only added more stress, fear and anxiety to our lives and unfulfilled dreams. The track revolves around accepting life as it comes and rising above the voices in our heads that make us question our existence. Have faith in past decisions and be consistent in pursuing that buried dream, is the mantra.

Says Zeeshan, “Hurdles stop us from achieving our dreams. Different people have different reasons that force them to give up their goals. Instead of listening to a voice that tells you that you have wasted life, how about being optimistic and believing that your time will come, is the gist of the song.”

Feedback to the track was a delightful surprise. “The song goes with the flow; at a time when people are anxious and depressed, the words are uplifting. I got a ‘thank you and the song lifted our spirits’ message too,” he says. Although he had been planning to upload the single for some time, the process took long as he was streaming across digital platforms for the first time.

Born and brought up in Kolkata, Zeeshan’s home now is Bengaluru where he works as a senior executive while pursuing his music dreams. A decade-old in the music industry, he started as a drummer with Kaivalyaa, the progressive Indian rock band that was a runner-up in MTV Rock On, 2011. When the band split up, Zeeshan’s tryst with singing and songwriting began. “I didn’t want to be dependent on others’ writing. I had the knack of weaving words and creating melodies,” he says. Zeeshan has also been performing gigs in Zeeshan Akhtar Collective, either solo or with a line-up of musicians.

Watching his dual role of an executive/independent musician, his friends and acquaintances often advise him to become a full-time musician. “That is easier said than done in India where it is tough to make your own music and bank on only that. I am bound by some obligations and my family was also clear that it will be only my call. I have managed to strike a balance between the two fields,” he says, admitting it is tough to sustain himself with just music for a living. He adds that the musician in him lies low during his day job. “People get excited when they know my musical side. It might have a negative effect, so when I walk into a workplace, I keep the music away.”

Currently, he is collaborating with Pathikrit Mazumder (bass player of Kaivalyaa) to create their rendition of AR Rahman’s Saathiya. “Our number is completely different from the original song. Melody is the same but the approach and instrumentation is different,” he explains.